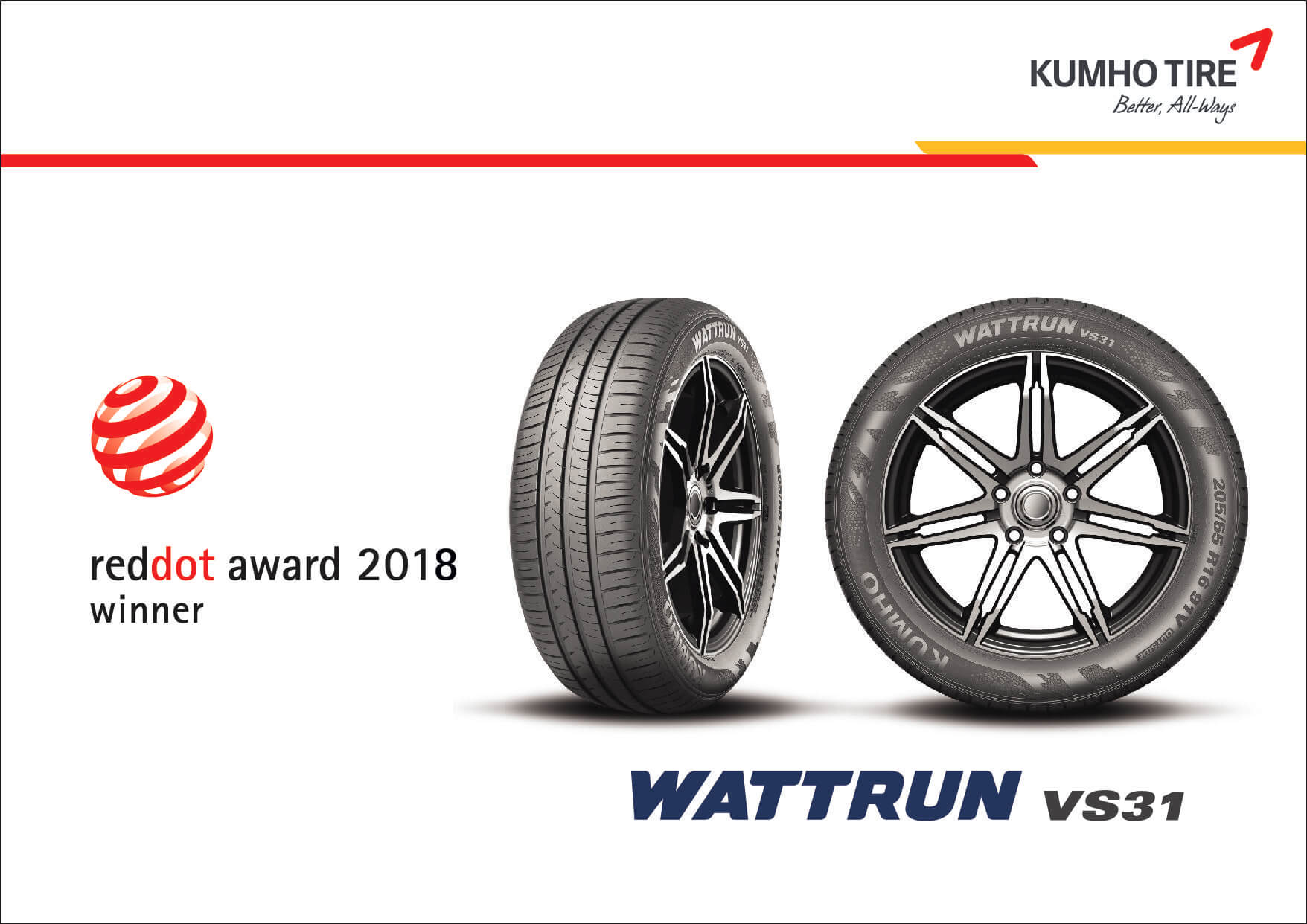 Kumho Tyre (CEO Kim Jong Ho) announced on 9th that the exclusive electric vehicle tyre, WATTRUN VS31, has won the Winner place in the category of ‘concept’ for the Germany’s ‘Reddot Design Award 2018’.

Since 1955, the annually opened Germany’s ‘Reddot Design Award along with the Germany’s IF Design Award and the US’ IDEA Design Award are known as the world’s three design awards and by its size they are recognized as the biggest industrial design market in the world. Through the three categories of the product design, communication design and concept design, originality, usability and practicality are judged in overall and the winner products are displayed at the Reddot Design Museums in Germany and Singapore. Moreover, Kumho Tyre has achieved the triumph of winning the ‘Reddot Award’ for seven consecutive years (2012~2018) as the first in domestic tyre industry proving its power of technology and design.

Kumho Tyre’s winning product, WATTRUN VS 31, is an exclusive tyre for electric vehicles in urban areas. It is an ultra-light tyre with 25 percent less in weight compared with general tyres, which has obtained the A/A grade by the European labeling, presenting excellence in performance for cutting the fuel consumption, while keeping the same performance level with other tyres with its 25 percent less weight by Kumho Tyre’s new technology.

In general, tyre design is largely divided into tread (the contact part with the land, tyre’s bottom part) pattern and side wall (tyre’s side parts) design. The tread pattern design of the surface that contacts with the land directly is the first step in developing and producing tyres and it has a great impact on the performance of products. Such as Groove and Sipe, how to apply the thickness of grooves affects the grip force and braking force.

WATTRUN VS31’s Pattern has used its sides with expanded Wide Main Grooves compared with ordinary products to optimize the wet performance, and to scatter the pressure of the road surface grounding, the center block was built with regularly divided Sipes which has improved the mileage performance. For eco-friendly concept, the patterns were designed with wired types. Moreover, for the side parts, the Side Walls were made with a battery image as its motive for emphasizing the electric vehicles’ characteristics and eco-friendly image.